Co-op donation to the Scout Group 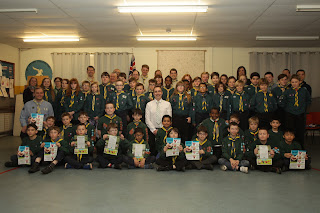 Ever wondered what happens to all the 5ps paid for supermarket carrier bags?

Well, if you've bought a bag in a Midcounties Co-op store in Kidlington in the last few months, your money has been split between Kidlington's Girlguiding and Scout groups.


At the same time, Mark took the opportunity to talk to members of the two groups about the importance of buying Fairtrade products as part of Fairtrade fortnight.

Both Mowgli Cubs and the Land Scout Troop attended the talk on 2nd March, and were joined by Group Scout Leader Andew Innes and District Commissioner Anna Weekes. Everyone learnt how Fairtrade products have grown from just a handful of products to thousands over the last twenty years, and why choosing to buy Fairtrade products makes a difference to farmers in poorer countries.

The Cubs and Scouts asked some great questions and got to try some Fairtrade chocolate. 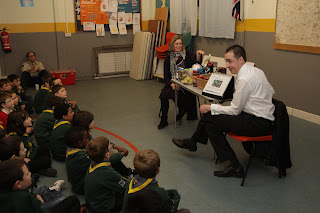 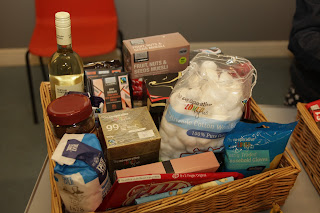 Midcounties Co-op chose Kidlington Girlguiding and Scout groups as their fundraising partners almost a year ago. Originally the partnership was planned to last for 12 months, but we were delighted to hear this week that it will continue until December 2016.

Over the last couple of years, the Scout Group has put all its fundraising efforts into raising money for a new cesspit at its Blenheim Road HQ. The old one was letting in groundwater and costing hundreds of pounds a year to empty. Knowing there would be extra money from this fundraising partnership meant we could go ahead with installing a new cesspit at the end of 2015, and can now look at other ways to improve our facilities and equipment.

Read more about the fundraising partnership at the Kidlington Scout Group website.

Email ThisBlogThis!Share to TwitterShare to FacebookShare to Pinterest
Labels: fundraising